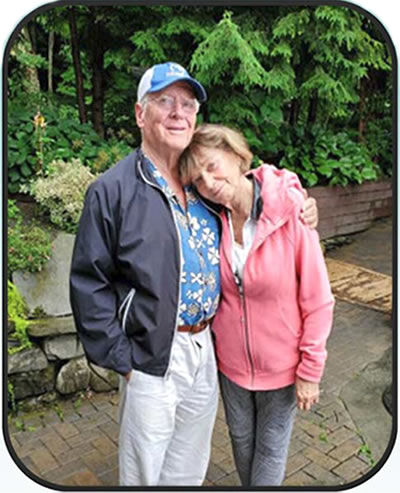 Gabor Bela Racz was born in Budapest, Hungary on July 6, 1937. The second son of hardworking parents, he was constantly encouraged to excel in his studies. Through tireless academic hard work and physical prowess in water polo he was granted entry into Semmelweis University Medical School in 1955. Although medical school is stressful for most, it was especially so for young Gabor due to political and social unrest. During his second year of school the Hungarian Uprising of 1956 began. On November 27, 1956, he was forced to leave his parents and Hungary after learning that the Hungarian Secret Police wanted him for questioning. Over the next 48 hours, his group of seven, including his future wife, Enid, managed to elude communist soldiers and arrive in Eisenstadt, Austria. He and Enid had to decide on where to begin their new lives and eventually chose England. As a former Hungarian medical student, he received a scholarship to attend the University of Liverpool School of Medicine. After learning English and passing his first-year exams, he matriculated in April 1957. In 1962 Gabor received his Bachelor of Medicine and Bachelor of Surgery degrees. He worked in Liverpool until 1963 at the Royal Southern Hospital as a house surgeon and physician. Later that same year, he and Enid moved to Syracuse, New York, where he began an anesthesiology residency at State University of New York Upstate Medical University. He completed his residency in 1966 and over the next 11 years worked as an associate attending anesthesiologist and respiratory consultant for the Veterans Administration hospital and UHS Chenango Memorial Hospital in Norwich, New York.

In 1977, Dr. Racz moved his family to Lubbock, Texas to become the first chairman of Anesthesiology at Texas Tech University Health Sciences Center (TTUHSC). It was serendipity that opened the road to his numerous accomplishments in the field of interventional pain medicine. As he built the department, the faculty who was running the busy pain service resigned. So, in the corner of the operating recovery room of Lubbock General Hospital, the Racz legacy began. From 1978 through 2006, he was Director of Pain Services for the Department of Anesthesiology. In the 1980's he created a 6-month fellowship in the management of chronic pain. In 1993, the fellowship evolved into a 12-month American College of Graduate Medical Education-accredited program which, to this date, has trained over 130 fellows in the management of chronic pain. From its humble beginnings, Dr. Racz built the pain fellowship into one of the most prestigious pain fellowships in the country.

Although Dr. Racz was heavily involved in the development of spinal cord stimulators, radiofrequency needles, pain medicine protocols and other pain management tools, the major accomplishment of his career was the development of the Racz catheter in the early 1980's. The catheter was specifically designed to be the central tool for treating epidural adhesions after surgery and its use evolved into the Racz procedure in 1989. The technique has been refined to this day and is a critical component in the algorithm for treating chronic radicular pain. Dr. Racz has published many articles and book chapters on this procedure and continues to teach the procedure worldwide.

As a consummate educator and thought leader, Dr. Racz, along with Drs. Prithvi Raj and James Heavner, recognized in 1987 the necessity of improving the specialty of pain medicine in Texas. In December 1989, the Texas Pain Society (TPS) was formed and Dr. Racz served as its inaugural president. He was instrumental in facilitating the Texas Society of Anesthesiologists' endorsement of the TPS formation and its inclusion as a component society of the Texas Medical Association (TMA). Since its inception, the TPS has achieved delegate status with the TMA, secured a seat on the Medicare Carrier Advisory Committee, and created significant relationships with the Texas Medical Board, Texas Nursing Board, Texas Worker's Compensation Commission, and many private insurance companies.

As interventional pain medicine evolved rapidly in the United States, the rest of the world followed at a much slower pace. Through his overseas travels, Dr. Racz developed relationships with thought leaders in other countries who all recognized the necessity of educating pain physicians worldwide. The pinnacle of this ideology was the formation of the World Institute of Pain (WIP) in 1999, for which he served as president from 2005-2008. He was also instrumental in developing the Fellow of Interventional Pain Practice exam given by the WIP.

“I have had the privilege of learning from and working alongside one of the founding fathers of interventional pain medicine for over 20 years. There was never a moment where he wasn't teaching a fellow, a resident, a nurse, or anyone who was willing to listen. "Quiet! You'll wake the babies" and "This is not hurting me one bit" are phrases that I call "Raczisms", that could be heard when he was in the clinic or the operating room. I have used them on occasion as I humbly follow in his footsteps. I still utilize his philosophy of never backing away from a challenge as I carry on the traditions of training pain medicine fellows at Texas Tech University Health Sciences Center.”

Dr. Racz and his wife Enid currently reside in Dallas, Texas, where he is close to family and, on occasion, still treats patients.