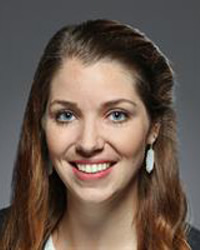 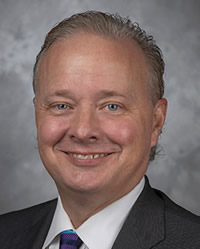 Remimazolam is a novel, ultra-short-acting benzodiazepine that was approved by the Food and Drug Administration for procedural sedation in the United States in 2020. It has the potential to become a very useful agent in anesthesia due to its rapid onset, short duration of action due to organ-independent metabolism, minimal cardiovascular and respiratory effects, and rapid reversibility with flumazenil.

In 1990, the team that discovered remifentanil sought to find another short-acting, predictable intravenous sedative. The project took longer than anticipated due to strategic reasons and resource limitations. However, thirty years later despite these obstacles, remimazolam besylate has now been approved for anesthesia in Japan and South Korea, procedural sedation in the United States, China, and Europe, and for compassionate use in intensive care settings in Belgium (1).

Remimazolam acts similarly to other benzodiazepines by binding to gamma-aminobutyric acid (GABA) type A receptors to modulate the activity of the brain’s major inhibitory neurotransmitter, GABA, to provide anxiolysis, sedation, muscle relaxation, amnesia, and anticonvulsant effect.

Until recently, midazolam was considered to have the shortest duration of action of all of the benzodiazepines, but recovery time from an intravenous dose of midazolam can be widely variable due to its dependence on the Cytochrome P450 system and production of active metabolites. Remimazolam is ultra-short-acting because it has an ester moiety that is rapidly hydrolyzed by tissue esterases, converting it to an inactive metabolite. Its breakdown differs from other short-acting ester drugs such as remifentanil, mivacurium, and esmolol, which are primarily broken down by esterases in the blood.

Multiple animal trials were conducted and concluded that remimazolam induced fast dose-related deep sedation and the offset was quicker than observed for midazolam. They also reported that remimazolam had high clearance, small distribution volumes, and predictable effects over a wide dose range in sheep models (1).

Now that remimazolam has reached the market, case reports of its use in specific situations are showing favorable results. There has been particular interest in awake craniotomies, thyroid surgery with neuromonitoring, cardiac surgery with cardiopulmonary bypass, and high-risk patients due to cardiac or neuromuscular disease. Thus far, there has been one incident of re-sedation after flumazenil administration and a single report of anaphylaxis to remimazolam (1).

The brand name is “Byfavo” and there is no current generic equivalent in the US. The drug comes in 20 mg vials with a cost of approximately $46 each. Dosing guidelines are for intravenous use only and recommend administering 5 mg over 1 minute for induction and 2.5 mg every 2 minutes as needed for maintenance of procedural sedation for healthy adults. Current data shows that remimazolam takes 3.5 minutes to peak sedation after a single dose, lasts approximately 11-14 minutes after the last dose, has >91% protein binding (albumin), is metabolized by tissue carboxyesterase, has a half-life elimination of 37-53 minutes, and is excreted in the urine (0.003% unchanged, 50-60% inactive metabolite). It appears that race, age, gender, weight, obesity status, and ASA class have little influence on the drug’s pharmacokinetics and pharmacodynamics (2).

Adverse reactions are comparable with those of other benzodiazepines; bradycardia, hypertension, hypotension, and less frequently, tachycardia, nausea, and headache. Adverse effects such as hypersensitivity reactions may occur due to the presence of dextran in the formulation. Disadvantages include the fact that remimazolam is a lyophilized product and requires reconstitution, whereas midazolam and propofol are ready to use (1,2).

More information is needed to better understand occasional cases of prolonged sedation or re-sedation and to better understand remimazolam’s profile with regard to postoperative nausea and vomiting as compared to midazolam and propofol. Clinical data and case reports will continue to elucidate the utility of remimazolam in anesthetic practice, but its predictability and favorable safety profile seem promising. ♦