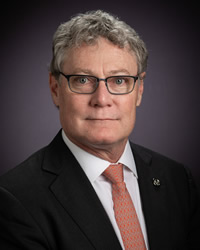 Anesthesiology 2021, “it was the best of times, it was the worst of times!” The Annual Meeting of the American Society of Anesthesiologists reconvened this year for an in-person meeting in San Diego, CA following a one year hiatus in 2020 due to COVID-19 pandemic concerns. There were 7450 registered attendees who chose or were able to attend with an additional 2219 members who registered to view the educational sessions virtually. Most members of the Texas Delegation were housed at the Marriott Marquis, the site of the majority of the Governance activities and adjacent to the San Diego Convention Center, site of the Opening Session and Rovenstine Memorial Lecture.

It was a testament to the leadership of the ASA that the in-person meeting was pulled off with rigorous attention to hygiene and mandatory masking (mostly). But it was also a reflection of these evolving times that a lesser number than usual came and many others were reluctant to congregate or travel. The actual number of TSA members who were elected to serve as Delegates or Alternate Delegates and who attended was only 26 of our 31 seats. Given the circumstances, the ASA leadership elected to allow credentialing of any registered component member, besides our delegation members, so that each state could seat as many people as possible and reach a quorum at each Session of the House of Delegates.

The Annual Meeting began on Saturday with a welcome address by Dr. David Hepner (MA), Annual Meeting Oversight Committee (AMOC) Chair who then introduced Dr. Beverly Phillip, ASA President (MA). The Opening Session was highlighted by a question-and-answer session between Dr. Phillip and presidential historian, Doris Kearns Goodwin. Her answers centered on lessons on leadership utilizing examples from the various presidents from her biographies.

The ASA Delegates, the Alternate Delegates and our gracious “volunteers” of the TSA met for the Texas Caucus from 12:30 to 2:00 PM on Saturday, October 9th at the Marriott. Dr. Scott E. Kercheville served as Director and Dr. Crystal C. Wright served as the Alternate Director. The group then briefly reviewed the House of Delegates Handbook and discussed the ASA elections. The members then broke into sub-groups with the work divided by Reference Committees with Drs. Stacey Allen, Amr Abouleish, Evan Pivalizza, and Nick Lee chairing these groups.

The members moved onto the Western Caucus at 3:00 PM for further deliberations and discussions. Dr. Wright as the Western Caucus Chair convened the meeting and was assisted by Dr. Brian Mitchell, Director (OR) serving as Vice Chair and Dr. Johnathan Pregler, Alt. Director (CA) serving as Secretary. Besides the discussion of items of the handbook, the Caucus undertook an endorsement vote for Dr. Wright for her 2022 candidacy for ASA Assistant Treasurer. It should be noted that she exceeded the 2/3 threshold by receiving all the votes cast!

Dr. Phillip, President convened the first session of the House of Delegates to order at 8:00 AM on Sunday, October 10th at the Marriott. Dr. James Kelly (MO), Chair of the ASAPAC was then introduced to give the annual PAC update. Disturbingly, overall participation is continuing to decline, and consequently total contributions were down as well. California won the Alabama Cup again, but Texas finished a strong second place with greater than $145,000.

Next was Mr. Paul Pomerantz, ASA CEO who gave his annual address to the House highlighted by a recap of work done to address the key issues confronting the Society. These are the ongoing VHA “supervision” (or lack of) issue, the AANA misappropriation of the term anesthesiologist and the fight to preserve fair payments with the longstanding “33%” problem. He also asked for the House to keep Mr. Chris Wehking, ASA Events Executive in our thoughts and prayers as he struggles in his battle with cancer.

Per House tradition Dr. Phillip turned the meeting over to the Speaker, Dr. Ronald Harter (OH), who then began the normal business of the House including the adoption of the Rules of Order for the 2021 House of Delegates. Consistent with the new procedures implemented by the Speakers, many items of business were not presented at the House of Delegates but were only printed in the Handbook or in the Consent Calendar. The only nomination speech not given from the floor was that of 1st Vice President and there were no seconding speeches.

Dr. Wright was very busy, giving nominating speeches for both Drs. Don Arnold and Ken Elmassian. Dr. Kristyn Ingram was scheduled to serve as a Teller for both sessions of the HOD. After repeated cancellations of her flight to San Diego by Southwest Airlines “due to weather”—she gave up on Monday and could not attend.

The following members were nominated for the election scheduled on Wednesday, October 13th.

Dr. Phillip then returned to the podium for her Presidential Address. She addressed many of the same issues as Mr. Pomerantz but also briefed the members on some of the problems that would confront us if the proposed “Medicare for All or Most” were enacted. She reiterated the ASA commitment to fair payments regardless of the payer.

Dr. Randall Clark, President Elect (CO) followed with his address to the House. He detailed his vision for the upcoming year focusing on reinvigorating and strengthening the AQI, bolstering the “Young Investigators” program at FAER and advancing the ASA initiatives on “Diversity, Equity and Inclusion” (DEI).

Dr. Linda Mason, CA; Chair of the Committee on the DSA submitted the name of Dr. James Grant for the 2021 ASA Distinguished Service Award. This award will be presented next year in New Orleans, LA just prior to the Rovenstine Lecture.

On Monday, October 11th, Dr. Phillip began the day with the presentation of the 2020 Distinguished Service Award to Dr. Dan Cole, former ASA President and ABA President. The following Rovenstine Lecture was one of the more unusual presentations ever seen at the ASA Annual Meeting. Dr. Steve Shafer, Editor of the ASA Monitor gave a salute to his mentor Dr. Edmond “Ted” Eger, II by dressing in character and channeling the great man using excerpts from his writings. It was both entertaining and educational. For those of us who have struggled for years with the concept of the “second gas effect”, there was a description and slide that finally elucidated it for us. I encourage those not in attendance to watch this incredible performance on the ASA website.

The Texas Delegation met again on Tuesday, October 12th at 1:00 PM in Caucus to review the recommendations of the Reference Committees and to discuss the upcoming House of Delegates on Wednesday. Dr. Peterson graciously thanked the Caucus for all our support over the years as she was closing out her time on the Administrative Council as outgoing Immediate Past President. (Below is the picture from my report of 2019 when the Texas Delegation saluted her at the swearing in as ASA President. I included it again because it was the last time most of us were with our dear friend: Dr. Charles Cowles, TSA Assistant Treasurer prior to his untimely accident and passing. He is left middle front. But on a lighter note, Dr. Carin Hagberg is behind also on the left with her Texas flag upside-down , attempting to warn Dr. Peterson of her upcoming year.)

The Western Caucus began at 3:00 PM. The Caucus was unduly lacking in its usual vigor and controversy. The review of the HOD materials concluded rapidly. Dr. Wright adjourned the Caucus before 5:00 PM.

The Speaker, Dr. Harter reconvened the House of Delegates at 8:00 AM on Wednesday, October 13th.

The Session began with test balloting of the electronic voting devices that turned out to be defective. Therefore, the House was unable to determine which is the better academic or sporting institution: Texas A&M University or Ohio State University. Many from Texas suspected the process was rigged to prevent the obvious outcome! It was decided to utilize paper ballots for the DSA and Dr. Grant received the necessary 2/3 ballots from the House of Delegates and was selected.

Election results were as follows:

All the unopposed candidates listed above were elected by unanimous consent at the HOD.

Administrative Affairs
300-2 Administrative Council: Annual Report. This report contained the recommendation for the implementation of the Early Career Membership Program that would allow the migration of post-training members to active status for a onetime $299 payment of dues for 3 years beginning in 2023. It was approved with strong support in an effort to prevent drop-off of membership during early careers.

Professional Affairs
623-1 Michigan Society of Anesthesiologists: Annual Report. This report contained information about recent legislation within this state that changed the word “supervision” of CRNAs to “collaboration with”. There was strong testimony (much of it by Dr. Abouleish) emphasizing the importance of language and proper word usage in maintaining patient safety and physician lead care.

Finance
687-3 Treasurer: Current Year Budget (2021). After allowing for proposed revenues of almost $43 million and expenses of greater than $46 million, there is an expected deficit of just over $3 million that will come from the Unrestricted Reserves.

Due to the total lack of any extractions and no comments from the floor, Dr. Harter was able to return the business of the House back to Dr. Phillip in record time. The Office of the President was then transferred from Dr. Phillip to Dr. Randall Clark.

With all activities complete, the House was adjourned at 9:09 AM. ♦