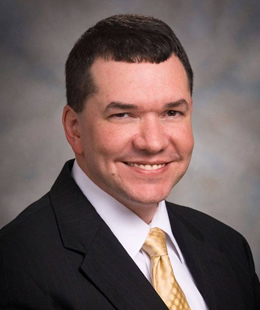 Dr. Charles Eugene Cowles, Jr. went to be with the Lord on December 26, 2020, due to a motor vehicle accident. Charles was born on April 19, 1968, to Charles Eugene Cowles, Sr. and Carol Janice Wood Cowles in Houston, TX, at Hermann Hospital. Charles grew up in the Houston area with varied interests and developed lifelong friendships in the process. Charles suffered a personal tragedy as a young adult when his father died unexpectedly. He went on to complete an associate's degree and then became a paramedic and firefighter in 1986. His work as a first responder never left Charles, and through his medical career, this action protocol mindset guided Charles' professional life. He continued as a paramedic supervisor until 1995, when he began teaching at San Jacinto College. Because of his deep understanding of emergency management, he also served as an astronaut medical operations training officer training international space station astronauts from 1995-2006. Ready to progress in his career, he obtained a BS in Sports Medicine from the University of Houston in 1998. Charles took the next step in his professional career when he began medical school at the University of Texas Health Sciences Center – Houston. He graduated in 2004 and accepted an anesthesiology residency at UT Houston, training in the same hospital where he was born. Upon completing his residency, he joined the faculty in the Anesthesia division at MD Anderson Cancer Center, working as a neuro-anesthesiologist, and rose to the rank of Professor before his untimely death.

Charles used his accumulated knowledge and wisdom as a first responder throughout his anesthesia career. He served on multiple institutional safety committees and was ultimately named the chief safety officer for the Anesthesiology Division in 2016. Charles was an international expert in operating room fire safety and traveled worldwide teaching from his unique experience as both a firefighter and anesthesiologist. He served on multiple committees for local, state, and national medical societies. Not wanting to limit his contributions solely to anesthesia, Dr. Cowles also served as the Tactical Medical Director of the Pasadena Police Department and the Local Health Authority for the City of Pasadena. As a lifelong learner, and to better understand medical practice at an institutional level, he received an MBA from the University of Tennessee, Knoxville, in 2013.

Inside and outside of work, his family and his faith were essential to Charles. He was very involved at First Baptist Church of Pasadena, not only as a regular attendee but also as a deacon and the medical committee director. He was also a Board Member of the First Baptist Christian Academy, where his three sons attended elementary and middle school. Charles also served on the board of Youth Reach Houston, a home for troubled boys. His involvement began as a friendship he developed at age seventeen with the Director of Youth Reach when he was ministering to young, homeless kids in Montrose and Charles was the documenting photographer.

Despite these personal and professional achievements, Charles' most significant dedication was to his family. Charles was a loving husband to Jennifer and a devoted father to Christopher, Caleb, and Jacob. As would be expected, based on the story of his life, Charles met Jennifer when she attended a paramedic class that he was teaching in 1995. Charles and Jennifer were married, May 19, 2000. They celebrated 20 incredible years of marriage earlier in 2020. At any free moment, Charles spent time at home with his family or taking his boys on local adventures. Charles could be found with his boys at Texans football games or Astros baseball games during the professional sports seasons. Charles Eugene Cowles, MD, lived a varied and rich life focused on being a husband, father, man of faith, physician, first responder, teacher, medical leader, a connoisseur of barbeque, a grand storyteller, and for all these things, he will be missed.

A family graveside service is planned, followed by a memorial service at a future date.